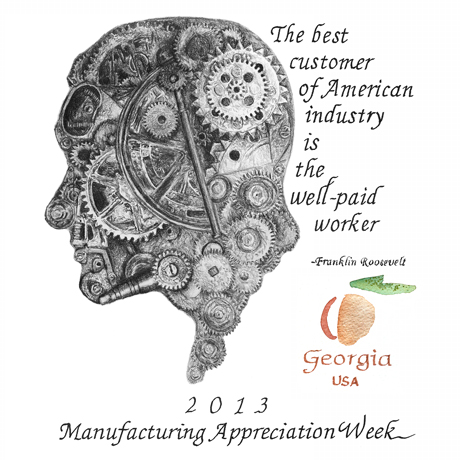 “Everyman: Everymachine” was my T-shirt design for a manufacturing appreciation week contest in which I participated while I was in high school.

The Roosevelt quote conveys the idea that the strength of industry comes from its workers. The head formed from gears is meant to have an everyman quality. The profile references one of the men watching the speaker in Norman Rockwell’s Freedom of Speech (based on a Roosevelt speech). I liked the idea that this tied the three things together.